The store will not work correctly in the case when cookies are disabled.
400 Bad Request

Your browser sent a request that this server could not understand.

3 Reasons Pycnogenol is the Most Underrated Ingredient in Skin Care 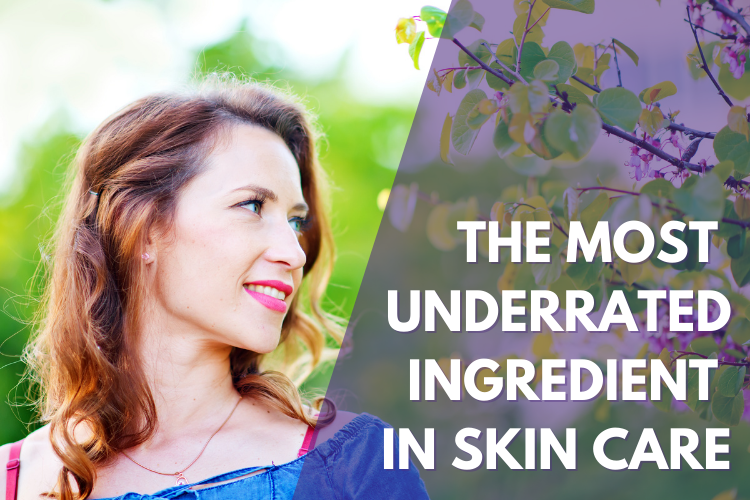 If there were an award for the most underrated ingredient in skin care, pine bark extract would be a shoo-in!

Pine bark extract or the branded name, Pycnogenol®, provides many benefits to the skin, including reducing the visible signs of aging. Not only does it enhance the skin’s ability to produce more hyaluronic acid to help maintain hydration, but more importantly, it also helps with collagen production.

Pine bark extract is a research-backed ingredient that’s a potent antioxidant. It helps to fend off free radicals and has also been shown to restore elasticity within the complexion. It is derived from maritime pine bark and can be applied topically or taken as a supplement to absorb its good-for-skin benefits. It’s been studied for several years to determine its effects on skin and aging.

When applied topically, it works at the cellular level to selectively bind to collagen and elastin. Its natural anti-inflammatory and antioxidant properties also help to reduce hyperpigmentation. And what’s more, while many superstar ingredients are too potent for the most sensitive skin types, that’s not the case with this antioxidant. Pycnogenol is a great choice for all skin types, especially those that are susceptible to redness, irritation, sensitivity, or those with symptoms of rosacea or other inflammatory conditions.

3 Reasons Pycnogenol is the Most Underrated Ingredient in Skin Care

Pycnogenol was tested for the ability to be absorbed by human skin [Sarikaki et al, 2004]. A Pycnogenol solution was applied to a viable human skin patch and molecules penetrating the skin were identified. Smaller constituents such as phenolic acids were identifiable already 30 min after application. Many constituents, including catechin, showed the highest concentration after 4 hours. Many constituents of Pycnogenol were measurable in significant quantities even 12 hours after application.

Exposure of the skin to UV-light generates reactive oxygen radicals and triggers pro-inflammatory processes which may cause sunburn. Pycnogenol was shown in pre-clinical studies to effectively counteract sunburns [Sime at al., 2004]. The skin thickness was evaluated after exposure of the skin to UV-light for three consecutive days, which serves as a measure for the skin sunburn reaction. As compared to baseline, the UV exposure almost doubled the skin thickness, reflecting a significant reaction of the skin to the UV radiation. Application of serums containing Pycnogenol to the skin immediately after each UV-exposure dose-dependently reduced edema. A concentration as low as 0.05% Pycnogenol significantly inhibited the inflammatory sunburn reaction. Pycnogenol was applied to the skin after UV-exposure because the procyanidins in Pycnogenol absorb UV light. Application to the skin subsequent to UV-exposures ensures that exclusively the anti-inflammatory properties of Pycnogenol are active.

3. Pycnogenol is a Potent Antioxidant

Pycnogenol was demonstrated to be a very potent antioxidant with the ability to neutralize every naturally occurring oxygen radical species [Rohdewald 2002]. Pycnogenol® can recycle oxidized (spent) vitamin C to restore its activity. This supports the availability of vitamin C as co-factor for the enzymatic activity of prolyl hydroxylase, which synthesizes functional collagen and elastin.

These are just a few of the reasons Dr. Beckman, founder, and CEO of Theraderm Clinical Skin Care chose to include pinus pinaster bark in OPC Reparative Serum, step 3 of the Skin Renewal and Anti-Aging Systems.